Fencing at the First Olympic Games in the Zappeion 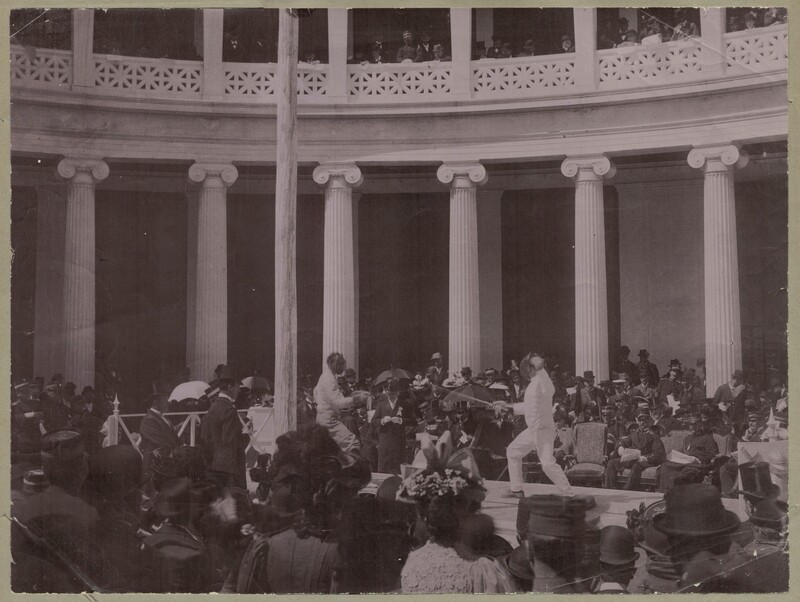 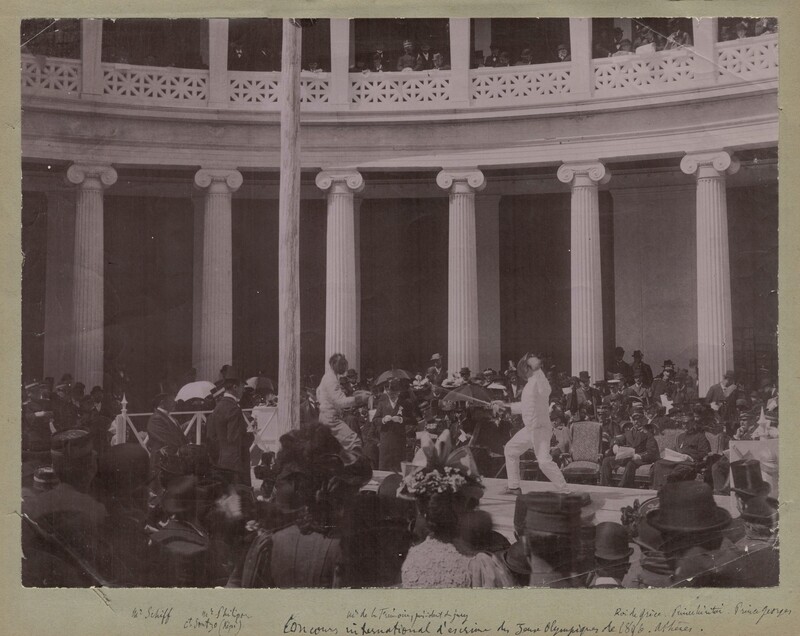 Fencing at the First Olympic Games in the Zappeion

Two fencers during a bout at the 1896 Olympic Games in Athens, Greece, inside the Zappeion. King Geórgios of Greece can be seen to the right of the fencers seated on sofa with his eldest son, crown prince Konstantínos, to his left. The King's second son, Prince George, is seated in a separate chair to the left of his elder brother.

Based on the photo's handwritten captions, the head judge, Amand Jules François Charet de la Frémoire, stands on the King's side of the piste and can be seen between the fencers wearing a top hat and a judge's lapel badge. Across the piste are the three side judges, all wearing top hats. Schiff stands furthest to the left. Captain Alexandros Soutzos, wearing a képi, is to Schiff's right. Philipon is the right-most, closest judge and obscures Soutzos' face.