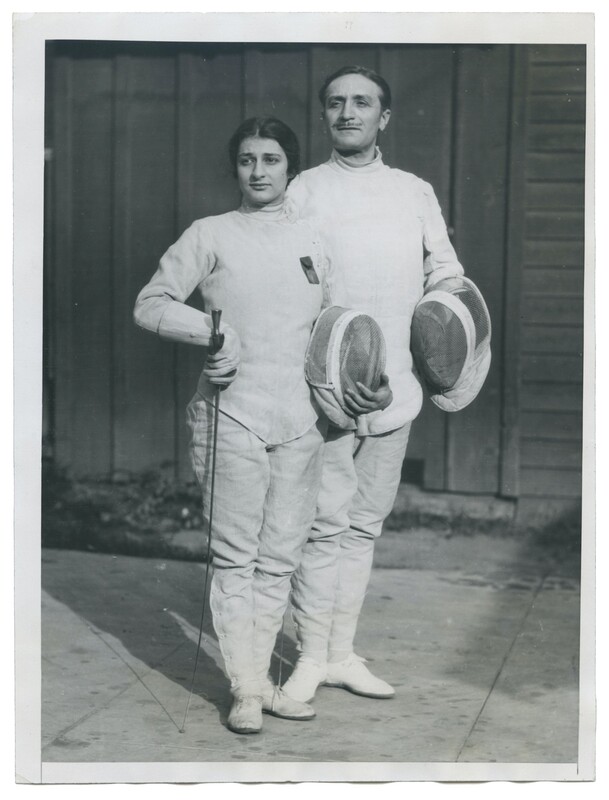 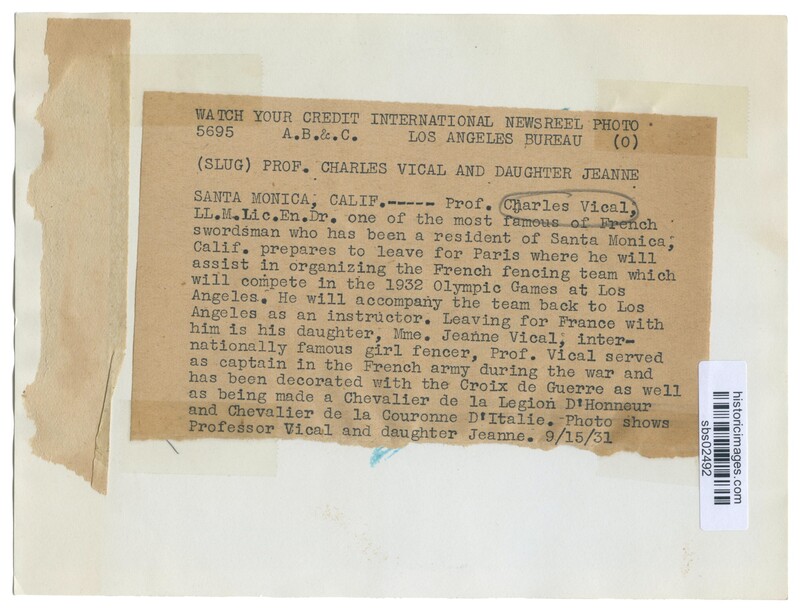 Caption on reverse:
"Prof. Charles Vical and Daughter Jeanne
Santa Monica, Calif. ---- Prof. Charles Vical; LL.M.Lic.En.Dr. one of the most famous of French swordsman who has been a resident of Santa Monica, Calif. prepares to leave for Paris where he will assist in organizing the French fencing team which will compete in the 1932 Olympic Games at Los Angeles. He will accompany the team back to Los Angeles as an instructor. Leaving for France with him is his daughter, Mme. Jeanne Vical, internationally famous girl fencer, Prof. Vical served as captain in the French army during the war and has been decorated with the Croix de Guerre as well as being made a Chevalier de la Legion D'Honneur and Chevalier de la Couronne D'Italie. Photo shows Professor Vical and daughter Jeanne. 9/15/31"