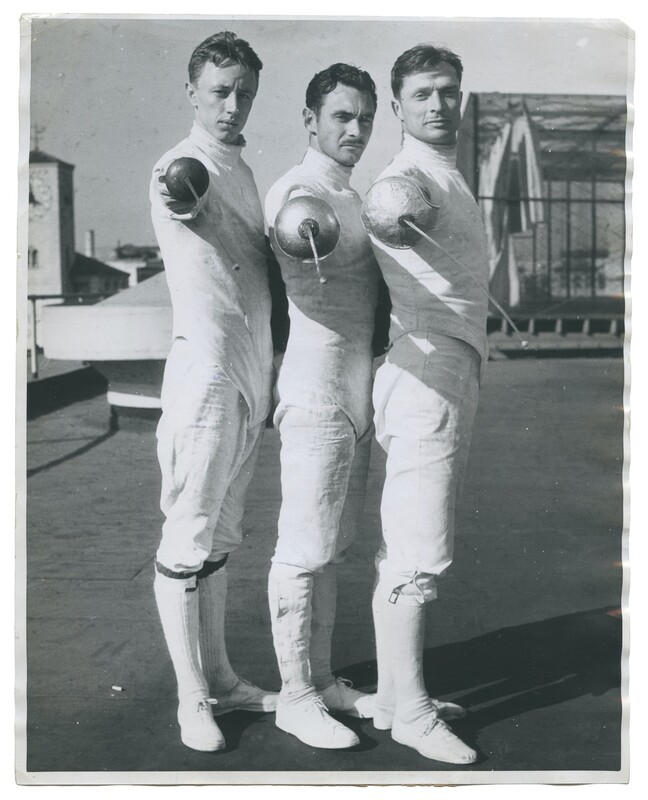 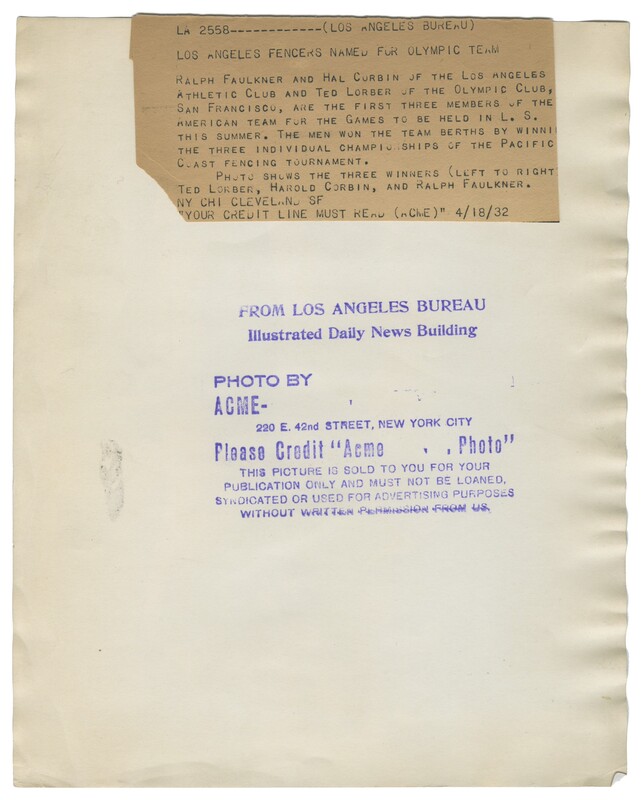 (L to R): Theodore "Ted" Lorber, Harold Corbin, and Ralph Faulkner pose for the camera after being selected for the American Olympic team.

Ralph Faulkner and Hal Corbin of the Los Angeles Athletic Club and Ted Lorber of the Olympic Club, San Francisco, are the first three members of the American team for the Games to be held in L.S. this summer. The men won the team berths by winni[ng][sic] the three individual championships of the Pacific Coast Fencing Tournament