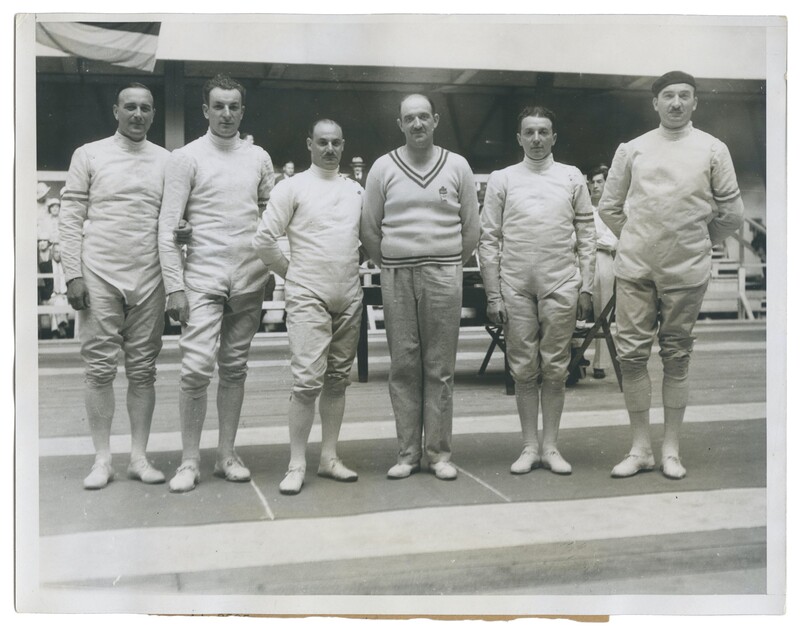 Caption on reverse:
France won the Olympic Team Swords Competition in the Olympic Fencing Tournament in the events of the Xth Olympiad, defeating Italy's team, nine matches to seven. The two teams emerged to the final round by defeating Belgium and the U.S.