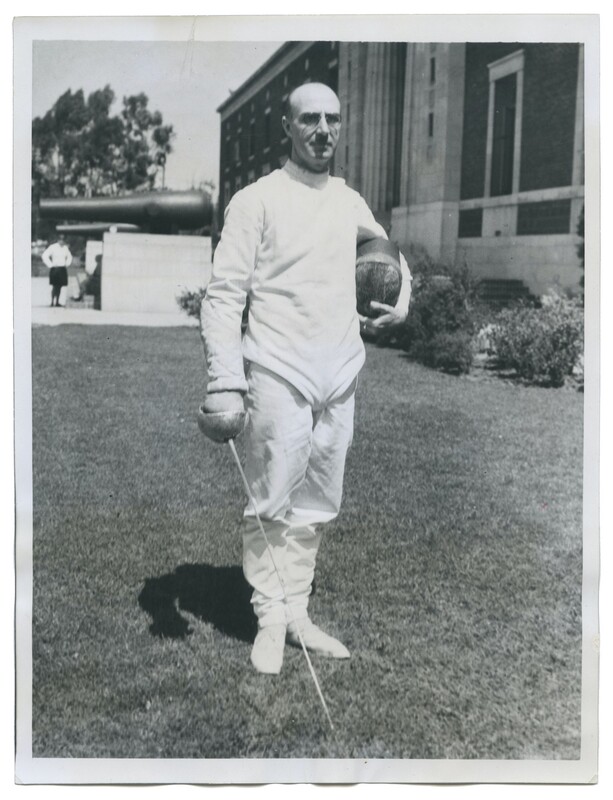 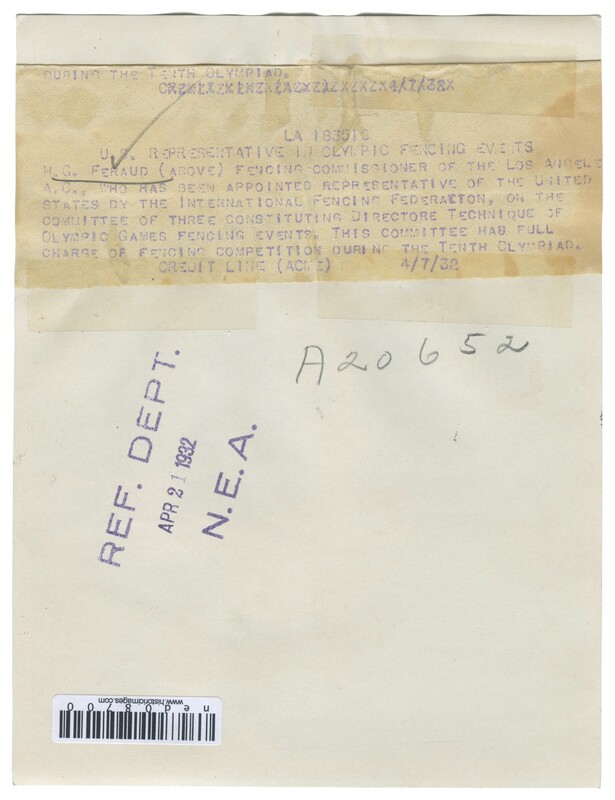 Portrait of H.G. Feraud, the US representative in (1932) Olympic Fencing and Fencing Commissioner of the Los Angeles A.C.

Caption:
During the Tenth Olympiad

LA 183516
U.S. Representative in Olympic Fencing events H.G. Feraud (Above) Fencing Commissioner of the Los Angeles A.C., Who has been appointed representative of the United States by the International Fencing Federation, on the committee of the three constituting directore technique of Olympic Games fencing events. This committee had full charge of fending competition during the Tenth Olympiad.